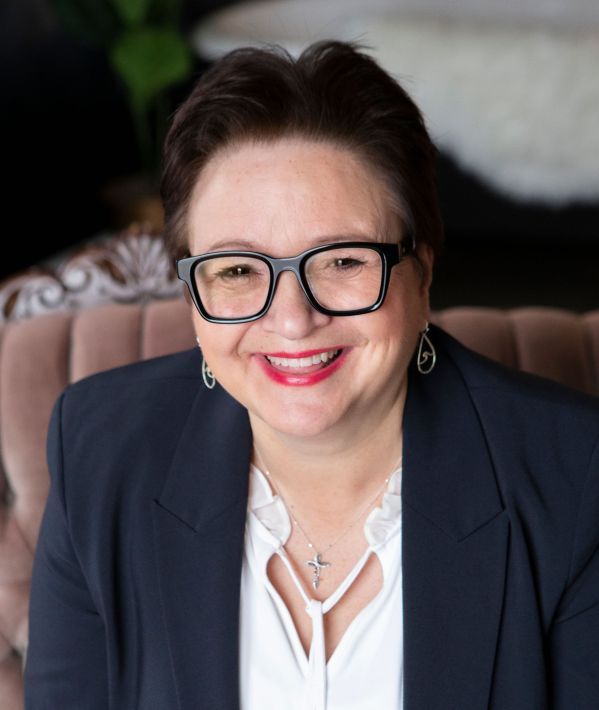 Sherry Blinkhorn, Founder and Associate Broker of Blinkhorn Real Estate Ltd, along with being the sole owner of Blinkhorn Property Management Limited, has extensive knowledge and experience in the real property industry. In April 2005 she started Blinkhorn Real Estate Ltd with a vision to create a company that focusses on creating excellent client relationships as opposed to simply being tranasctional. In 2022, she sold the company to colleague Fred El Haddad and continues to support the company's values as a salesperson.

Prior to selling real estate, Sherry was a commercial and residential property manager for several years. Licensed as a salesperson in 1999, Sherry initially amassed a solid volume of sales, including national recognition in 2002 and 2003 in the “The Presidents Gold Award” category with the Royal Le Page national franchise, placing her in the top 10% for volume sales, and in 2004 received the "Platinum Award" placing her in top 5% for volume of sales across Canada.

Sherry holds a diploma in adult psychology and social work plus has ample training in the mental health field. She often comments that her studies and work in the health field is an asset in organized real estate. The buying and selling process can be a stressful time so her caring and positive personality definitely helps to put everyone around her at ease.

She believes very strongly in contributing to her community. Described as “an advocate to the bone”, she’s been for years a strong and passionate advocate for the mentally ill, is the past president of the Canadian Mental Health Association, served on the N.S Board of Directors for the Schizophrenia Society, has been on focus groups for government advisory panels, has worked with and trained others for the Pictou County Help Line, was the public relations director for the Canadian Cancer Society, Pictou East branch, on the Board of Directors for Roots for Youth, the list goes on.

Sherry currently volunteers with the Palliative Care Society, is on the Board for the Pictou County Chapter of Silent Witness NS. She faciltates the "Family Matters" Program for mental health and actively works with Starr Dobson and the team at the Mental Health Foundation of Nova Scotia on a provincially wide initiative to change the way people think about mental health. Sherry volunteered for a month in Israel, and after that, went to New Orleans to help re-build houses because of the Hurricane Katrina disaster. She says those two trips were “definitely life changing experiences”.

She has received numerous volunteer awards, including the "Community Mentor Award” from Big Brothers Big Sisters of Pictou County. At the Pictou County Chamber of Commerce Gala in 2012 Sherry received the prestigious "Business Leader of the Year" award, the first, and still the only female, to receive it since it's inception in 1991. They described Sherry as someone "who always pays it forward". In 2018 Sherry received the "Volunteer Vision Award" from the Nova Scotia Mental Health Foundation and in 2019 was recognized with the "Women in Business Award" at the Chamber Business Achievements Gala, sponsored by the Women in Business Center at Mount St. Vincent University.

Sherry's advocacy work background, positive attitude, high ethical values and hard work serves her clients, customers, and colleagues in other offices well. Featured in the TOP AGENT MAGAZINE  in 2020 as a TOP AGENT IN CANADA and also featured on a more personal level in the At Home Magazine https://athomeonthenorthshore.ca/ignite-your-inspiration/